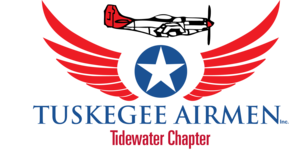 The Tuskegee Airmen Heritage commemorates and interprets the heroic actions of the Tuskegee Airmen from World War II.  Through the Widows, adult Children, their off-springs and numerous other relatives, their story of patriotism in the face of fascism abroad and racism at home continues to be told with the help of 50-plus Chapter across the United States and its Territories.

The United States War Department’s “Tuskegee Experiment” (often referred as the “Tuskegee Airmen Aviation Experience”) involved the recruitment of African American men and women to train and fight in the Army Air Corps in World War II in the face of discriminatory policies and conditions. Including nearly 19,000 officer and enlisted personnel who served as flight instructors, pilots, navigators, air traffic controllers, bombardiers, mechanics, suppliers, radio technicians, weather forecasters, and more, the participants of the Tuskegee Airmen Aviation Experience are unique not just because of their large number but because their numerous confrontations with racism motivated rather than hindered their mission. The fighter groups most closely associated with the Tuskegee Airmen, notably the 99th and 332nd, are considered among the most proficient Army Air Corps squadrons in World War II.  That said, it was the collective efforts of the men and women who comprised not only the 332nd Fighter Group (e.g. - the 99th, 100th, 301st and 302nd) but the 477th Bomber Group (616th, 617th, 618th and 619th) as well whose hard work, discipline, blood, sweat, tears and countless sacrifices fueled their efforts to rise above prejudice and serve their country with distinction.

In the Tidewater Chapter - Tuskegee Airmen, Inc., our Heritage Committee consists of three or more Chapter Members.  Ideally, it's Chaired by a Documented Original Tuskegee Airman (DOTA), their Widow, Descendant or relative.  However, in the absence of such a Member, any Regular Dues paid Chapter Member is eligible to serve as the Committee’s volunteer Chairperson.  The Committee Members’ duties are simply to identify and maintain a list of our Chapter DOTAs’ names, their Widows and/or descendants’ names, addresses, etc. so as to involve them in Chapter activities and urge them to continue the proud legacy of their DOTA relative who participated in the Tuskegee Airmen Aviation Experiment and/or Experience.

To accomplish this feat, the Committee will:

a.   Meet a minimum of 4-times a year with Committee Members to outline strategies and coordinate initiatives;

b.   Recruit Heritage Members, obtain their contact information and routinely extend invitations to them to myriad Chapter activities.

families for scanning purposes (and return to them) can be included in the Chapter’s archives;

d.  Serve as a Member of the Tuskegee Airmen Memorial Committee to offer Heritage-oriented ideas on Memorial projects;

f.  Provide Monthly or periodic Reports/updates to the Executive Board and General Membership as required.

In continuing the legacy, the Heritage Member plays a pivotal role in helping to continue the proud Legacy of their DOTA Parent/Relative who served admirably in WW II.  The Heritage Committee Chairperson possesses full Voting Members’ rights as a member of the Chapter's Executive Board.