In spite of adversity and limited opportunities, African Americans have played a significant role in U.S. military history over the past 300 years. They were denied military leadership roles and skilled training because many believed they lacked qualifications for combat duty. Before 1940, African Americans were barred from flying for the U.S. military. Civil rights organizations and the black press exerted pressure that resulted in the formation of an all African-American pursuit squadron based in Tuskegee, Alabama, in 1941. They became known as the Tuskegee Airmen.

“Tuskegee Airmen” refers to all who were involved in the so-called “Tuskegee Airmen Aviation Experiment or Experience,” the Army Air Corps program to train African Americans to fly and maintain combat aircraft. The Tuskegee Airmen included pilots, navigators, bombardiers, supply, maintenance and support staff, instructors, and all the personnel who kept the planes in the air.

The military selected Tuskegee Institute to train pilots because of its commitment to aeronautical training. Tuskegee had the facilities, and engineering and technical instructors, as well as a climate for year round flying. The first Civilian Pilot Training Program students completed their instruction in May 1940. The Tuskegee program was then expanded and became the center for African-American aviation during World War II.

The Tuskegee Airmen overcame segregation and prejudice to become one of the most highly respected fighter groups of World War II. They proved conclusively that African Americans could fly and maintain sophisticated combat aircraft. The Tuskegee Airmen’s achievements, together with the men and women who supported them, paved the way for full integration of the U.S. military.

On November 6, 1998, President Clinton approved Public Law 105-355, which established the Tuskegee Airmen National Historic Site at Moton Field in Tuskegee, Alabama, to commemorate and interpret the heroic actions of the Tuskegee Airmen during World War II. The new site contains a museum and interpretive programs at the historic complex at Moton Field as well as a national center based on a public-private partnership. 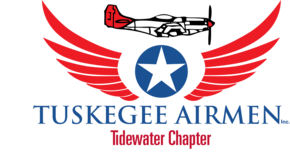